The car industry explained: a guide to who owns which car brands

You probably don’t know it, but the automotive industry has a fascinating family tree. It is one of the most constantly evolving industries across the globe.

Thanks to partnerships, mergers, takeovers, separations, sales and even bankruptcies over the years, it’s challenging to keep up with which company or organisation owns our favourite car brands.

The global financial crisis in 2008 had a significant impact on the automotive industry, and, more recently, challenging European emissions laws and a slow switch away from internal combustion engines will only see the tree continue to evolve. Let’s take a closer look!

Volkswagen AG, known internationally as the Volkswagen Group, is one of the largest automotive manufacturers in the world. The group owns Audi, Bentley, Bugatti, Lamborghini, Porsche, SEAT, Skoda and Volkswagen brands – not a bad collection!

Like all large automotive companies, even though the brands VW operate originated in various countries, being under the same umbrella means they often share parts. For instance, the German brand Audi’s R8 shares the same V10 engine with the Italian brand Lamborghini Urus SUV.

Toyota’s ownership is a little simpler than VW. The Toyota Motor Corporation produces cars under five brands: Daihatsu, Lexus, Ranz and, of course, Toyota. It also produces trucks under the Hino brand.

Where it gets a little more interesting is Toyota’s investments in other car brands – the company also holds a 20% stake in Subaru Corporation, a 5.1% stake in Mazda, a 4.9% stake in Suzuki and a 4.6% stake in Isuzu. Talk about fingers in all the pies!

Since the demise of our much-loved Aussie brand Holden, GM is probably a dirty word in the industry down under. Nonetheless, General Motors Company remains a giant in the automotive industry, particularly in North America.

It was founded back in 1908 and currently produces vehicles under the Chevrolet, Buick, GMC, and Cadillac brands – none of which are sold in Australia.

It started as the Renault–Nissan Alliance in 1999 and added Mitsubishi in 2017 after Nissan acquired a controlling interest and made the group an equal partner. Along with Renault, Nissan and Mitsubishi, this alliance has the Infiniti, Dacia, Alpine, Datsun, Venucia and Lada brands under its wing.

It’s important to note that this strategic partnership between Renault, Nissan and Mitsubishi is not a merger or an acquisition – the three companies are joined together through an interesting cross-sharing agreement.

The Korean’s keep it much more straightforward. The Hyundai Motor Company was founded back in 1967 and operates the Hyundai and Genesis brands. It also owns a minority stake in Kia Corporation.

Both Hyundai and Kia brands share much of their mechanical components, including chassis, powertrain and infotainment technologies.

Daimler AG was previously known as Daimler-Benz and DaimlerChrysler. Aside from operating one of the most popular brands globally (Mercedes-Benz), the company is also the largest truck manufacturer in the world.

Detroit Diesel, Freightliner and Western Star are among the truck brands it operates.

Fiat Chrysler Automobiles, known as FCA, was an Italian-American automotive company established in 2014 when America’s Chrysler Group merged with the largest automobile manufacturer in Italy, Fiat.

FCA brands were operated through two principal subsidiaries: FCA Italy and FCA US. Italian brands Abarth, Alfa Romeo, Fiat, Lancia and Maserati, and US brands Chrysler, Dodge, Jeep and Ram formed one of the most prominent automotive groups globally.

It got even more complicated this year when FCA merged with the French PSA Group to form Stellantis. Headquartered in Amsterdam, Netherlands, Stellantis is currently the sixth-largest automaker worldwide and adds Citroën, DS, Opel, Peugeot, and Vauxhall brands.

Did you know BMW stands for Bayerische Motoren Werke AG but is commonly referred to as just BMW? The German automotive company produces vehicles under the brands BMW, Mini and Rolls-Royce.

Tata purchased the Daewoo Commercial Vehicles Company in 2004 (yes, that’s the same Daewoo that used to be sold in Australia) and then purchased England’s Jaguar Land Rover in 2008.

Geely is a Chinese multinational automotive company. The most famous brand it operates is Volvo (Sweden), but it also sells passenger vehicles under the Polestar (Sweden), Geely Auto (China), Lotus (England) and Proton (Malaysia) brands in other markets.

Believe it or not, independent automotive brands still exist! McLaren, Ferrari, Mazda, Subaru, Aston Martin, Suzuki and Tesla are all examples of brands that operate independently.

Regardless of what brand of car you own, at Robert St Automotive, we offer genuine part fitment to ensure that you can maintain your manufacturer warranty.

Remember, we’re COVID-safe, and our convenient online booking process lets you pick a time and date for your next service. 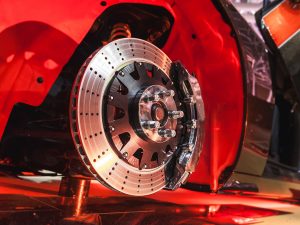 How disc brakes work on a car

Brakes on a car are one of the essential parts of a vehicle.... 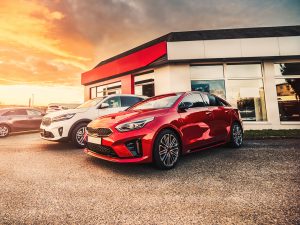 The car industry explained: a guide to who owns which car brands

You probably don't know it, but the automotive industry has ... 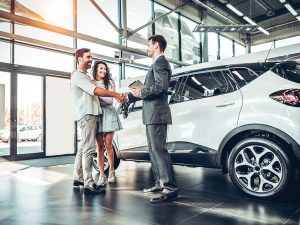 The Best Time To Buy a Car

Are you looking at buying a new car? Believe it or not, ther... 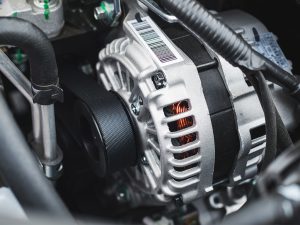 What is an alternator and how does it work

Did you know that it is not the battery that primarily keeps...